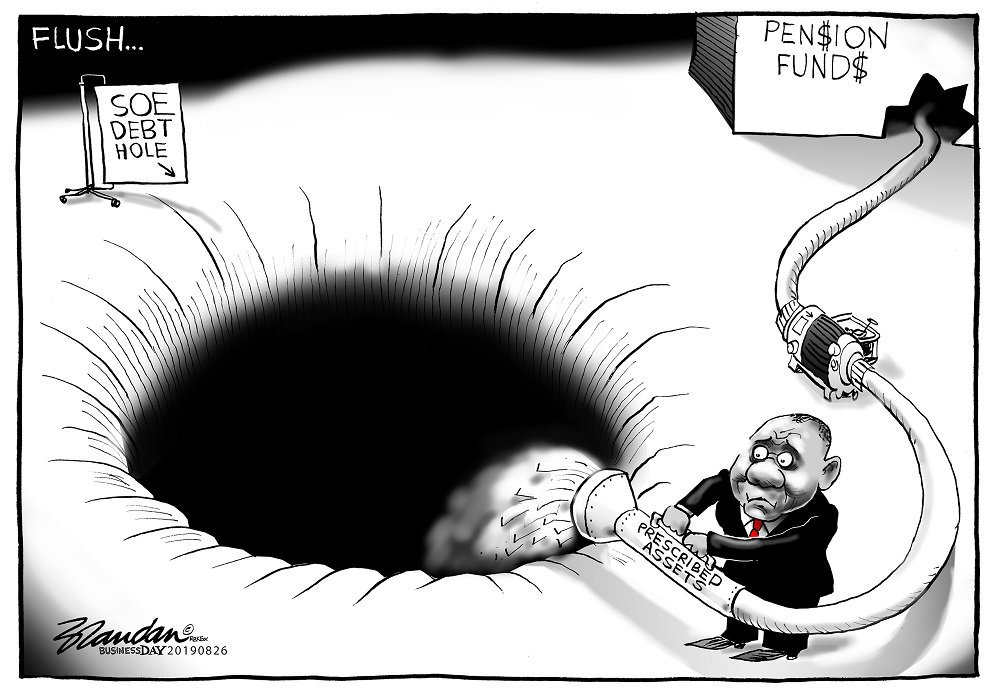 Are Prescribed Assets on the Way?

These were the words of President Cyril Ramaphosa in response to a specific question at the Question and Answer session in the National Assembly on Thursday 22 August 2019. His comments came a few days after Enoch Godongwana (ANC economic policy head) said the ANC is investigating prescribed assets for pension funds.

As expected, the reaction from the press and the public has been one of concern and in some cases a degree of panic. As with any investment decision, an investor needs to identify the potential scenarios that may eventuate, assign a probability to each of those scenarios and estimate the impact of each. The following note sets out what prescribed assets are, the likelihood of them being introduced in South Africa and the potential impact their implementation may have.

What are Prescribed Assets?

Prescribed assets refers to a policy whereby the government changes regulation to force pension funds (and potentially other financial institutions) to invest a stated allocation of their assets into specific investments, such as government bonds or the bonds of State-Owned Enterprises (SOE’s).

The rules governing the investment of pension fund assets are currently set out in Regulation 28 issued under the Pension Funds Act and sets limitations on how assets can be invested. For example, there is a maximum amount of 30% that can be invested in offshore assets plus an additional 10% allowed to be invested in the rest of Africa. There are also maximums on equity (75%) and property allocations (25%).

Prescribed assets would adjust these guidelines to force a minimum investment in specific local government and parastatal bonds. This would effectively ensure a steady flow of funding into the entities, reducing any reliance on foreign investors.

A history of prescribed assets in South Africa

South Africa has followed a policy of prescribed assets before under the apartheid regime, between 1956 and 1989. Investors in retirement funds were forced to invest more than half of their savings in local government and parastatal bonds (53% at one point, up to 75% for the then Public Investment Corporation’s assets) and life companies had to invest a third of their capital. The National Party implemented a prescribed asset policy to help fund SOEs following sanctions. The negative impact on returns for investors was material – for many years in the 1970’s, prescribed assets provided investors with negative real returns (more than 4% below inflation), however the real impact on retirement outcomes was more severe as the majority of assets invested in these assets were taken from local equities during a time of very strong markets.

How likely are prescribed assets in South Africa?

In our opinion, the probability of prescribed assets being implemented in South Africa at this stage is low. The risk is clearly not zero, but there are a number of factors that support this view:

Clearly circumstances can change – for example, a change in the ANC leadership could well change the view – but for now we believe the introduction of prescribed assets is unlikely.

The Impact of the Introduction of Prescribed Assets

In simple terms, the reason assets are prescribed is that the demand for those assets is insufficient to meet the funding needs. The reason for the lack of demand is that the investment case doesn’t warrant investing in those assets, i.e. the return offered for the level of risk taken is not attractive. Therefore, prescribing an asset “forces” a demand for the asset which in turn results in a lower yield, and lower expected future investment returns. If individuals and companies have the option to invest without any prescription, they will generally choose to do so.

In our opinion, the introduction of any form of prescribed assets would be very negative. Clearly the extent of the negative impact would depend on the details of how it would be implemented, but our view is that regardless of the specifics, the damage to investor confidence for both global investors and local retirement savers would be severe. This would likely have material knock-on effects, including:

In our view, the combination of these and other consequences of prescribed assets would have a severe impact on the South African economy.

What would the funds be used for?

The initial public reaction to the rhetoric around prescribed assets has been that the funds would be used to fund the debt-laden State Owned Enterprises (SOE’s). They are clearly in need of capital to fund their high levels of debt and bloated budgets. The shortfall has been funded by tax payers up until now, but with tax receipts declining and the economy slowing, one questions whether this is sustainable. Attempts are being made to improve the governance of SOE’s and to bring their budgets under control, but for now SOEs are in a poor financial state, are poorly managed and have grown to be inefficient, so the thought of being forced to invest pension savings into SOEs at lower yields is not compelling.

There is also a lack of confidence and trust in government’s ability to use the funding to implement infrastructure projects and other growth initiatives. Our sense is that this would be preferable to funding the SOE’s, but the reality is that both local and global investors would be willing to invest in these projects if the proper governance and financial controls were in place without prescribed assets forcing them to. Prescribed assets indicate that government doesn’t believe it can provide investors with the confidence that projects will be properly executed.