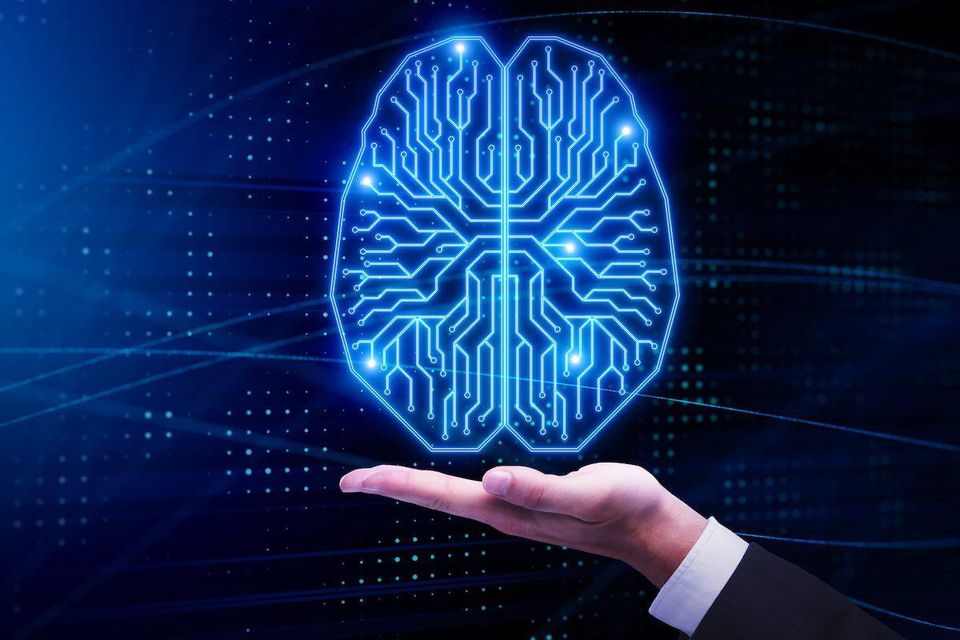 The fund management world has become a more crowded place of late, with the addition of a new breed of fund manager. Driven by Artificial Intelligence (‘A.I.’), they boast legions of analysts in the millions if not billions, IQs which are off the charts and a 24hr-a-day work ethic which never rests. In addition, they are free from behavioural bias (that nasty pitfall for ordinary investors), learn from their mistakes, can read any language and don’t take lunch breaks.

Of course, we are talking about the rise of Clever Computing (or A.I., Deep Learning, Machine Learning, Cognitive Computing and its close cousin, Big Data). In this form, the investment analysts are complex algorithms, systematically digesting the world’s data looking for patterns to ‘extract value’, make better decisions, and slowly but surely replace the flawed humans who currently control the bulk of the world’s wealth.

This is not society’s first run in with A.I. Some may remember Matthew Broderick starting a World War in Wargames (1983), or Skynet becoming self-aware in The Terminator (1984). More recently, Deep Blue beating Garry Kasparov (1997), a chess grandmaster, highlighted the non-fictional abilities of computers to compete head on against humans.

A.I.’s foray into investments has been a while in the making. Investors have slowly been getting used to quantitative investing through various means: ETFs and other ‘clever passive funds’, algorithmic trading in hedge funds, and various other forms of rules-based investment strategies which have captured the imagination (and wallets) of investors looking for newer, cheaper ways to invest.

With A.I. however, the quants funds pale by comparison and are looked down upon by the brainier, more flexible and harder working A.I. funds. The key difference to note here is the key to A.I.: quantitative methods, implemented by machines, are still reliant on human design and management to generate results. A.I. on the other hand is given a broad direction and is able to ‘learn on the fly’, adapting its search and analysis as the world (as represented by huge amounts of data) changes.

So, where the old world of quantitative and fundamental investing has a human at the steering wheel, the A.I. funds do not. And therein lies their sales pitch:

This may sound appealing, and the volume of marketing bumpf does talk to a more general land grab for the investor’s imagination. But the question we would ask is whether it has investment merit?

At the heart of the ‘merit’ question we always aim to seek out a fund-managers’ edge. The Edge is that unique skill or combination of skills which generates additional returns for investors, over and above what the market average can do.

Applying this same test to A.I. investing is quite interesting, because the strength of A.I.’s investment merit case is also potentially its Achilles heel. The fact that Clever Computers can identify patterns and come up with profitable investments leads to other Clever Computers replicating said idea, over and over again, to the point where the potential payoff for this idea, or even a wide range of other ideas, has little value as the new information is reflected in the share price. We are back to testing the question of whether or not the market is efficient, and whether fund-managers should have jobs in the first place.

There is a second hurdle which A.I. investors need to get over: “Is all relevant information freely available as data?”. One would assume that to make an informed decision, all available information needs to be considered. Where information is not digitized, how does the A.I. investor capture it? The short answer is that it can’t, so there is a chink in the A.I. armour, for now. Increasingly data is created and stored for access to varying degrees, which serves the A.I. merit case well. Being somewhat skeptical, we might also conclude that the A.I. investors inclination to be overweight the US and overweight the tech sector may have something to do with who is currently generating the most data about themselves.

On the topic of data generation, would an A.I. machine be sufficiently clever to spot someone trying to mislead it? As the search for ‘edge’ level information intensifies, it is possible that the smallest new piece of information can cause investment decisions to take place. What if these new pieces of information were ‘fake news’, or planted on purpose? We would hope the Clever Computer would be able to spot these misleading pieces of information in what can be a trashcan of internet garbage.

There are several available fund options locally and globally available as we speak. In SA, NMRQL (i.e. Numerical) and Glacier have developed in-house A.I.-type processes finding their way to market as standalone products. Other managers have embedded certain A.I. attributes into their investment process where they see marginal gains – for instance an A.I. ‘analyst’ to crunch the data and come up with original ideas to complement the existing team.

Offshore we see a few more versions, either focusing on localized markets like the US, or global markets, but implemented through index funds. Deep Blue’s younger and more powerful sibling (“Watson”) has been roped in to do the heavy lifting this time around, which also raises the question: Will the one with the biggest IT budget win? 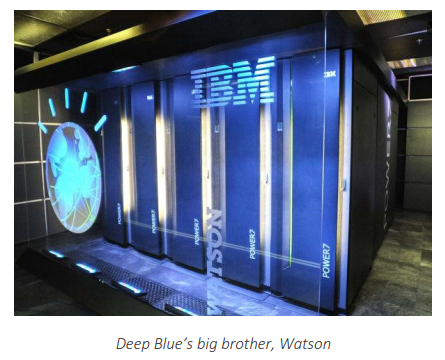 The convenience of the solutions to date, and how they are evolving, as well as who is leading the various businesses should cause investors to pause for thought: Are these investment options in my best interest, or is it simply a case of a new segment of fund managers finding some new toys to play with?

Skepticism aside, the concept of Clever Computers processing vast tracts of data to help inform investment decisions seems like a good one. But for our money, its not there yet. Given the progress we have seen in computing, the migration to a digital society and the ability to handle the huge complexities which come with this task, it would be foolish to ignore this segment for too long.