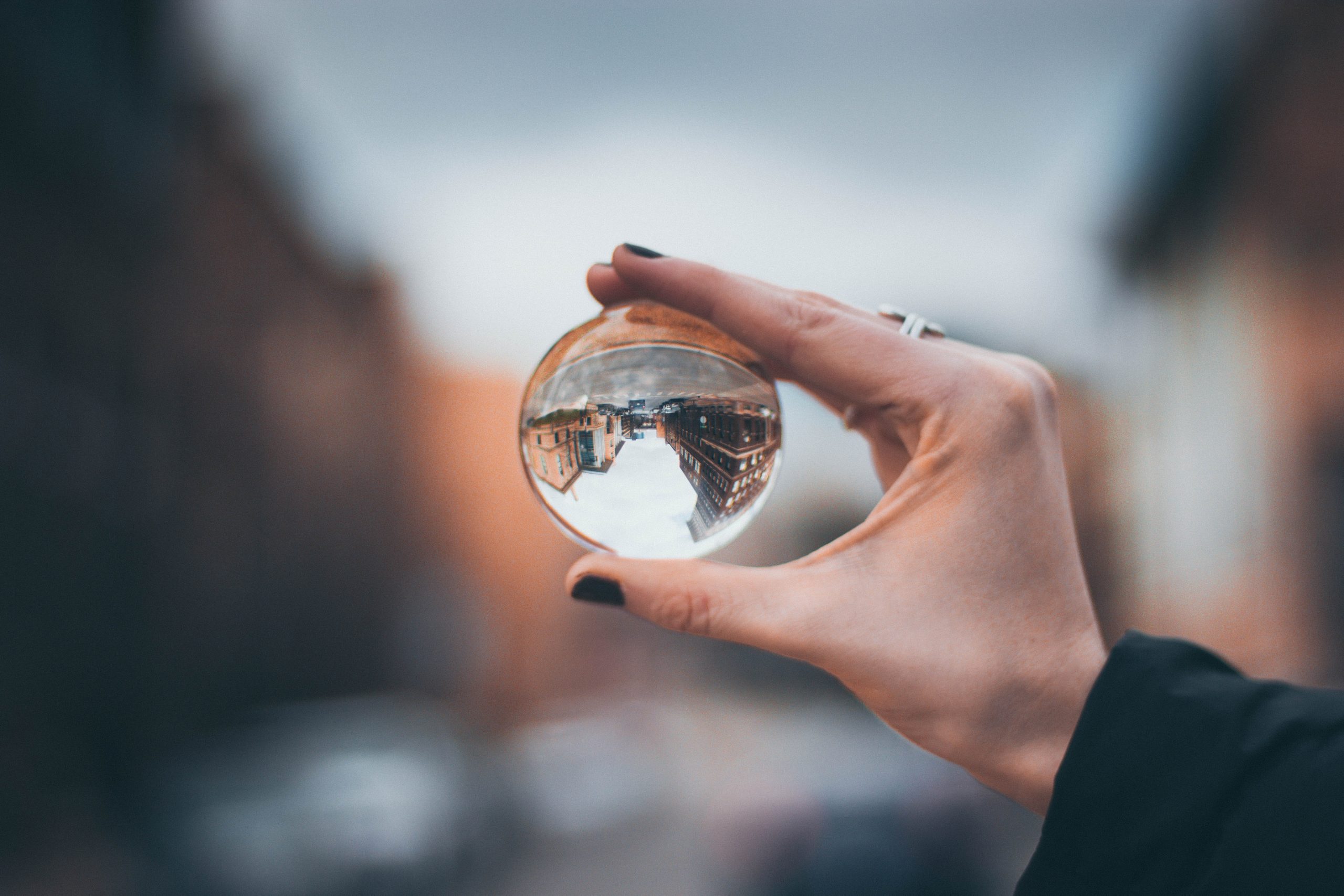 Psychologist Daniel Kahneman was awarded the Nobel for economics for his work on how we make decisions. A common mistake he identified is WYSIATI – what you see is all there is. We focus on one thing and do not see the bigger picture.

In October there were three important political announcements about the economy: the Expropriation Bill, the Post-Covid-19 Recovery Plan and the mid-term Budget. When combined, they paint quite a picture of where we are going.

Both the President’s and the Finance Minister’s statements have made it clear that the chosen path is structural reform – making changes in the economy to improve productivity and longer-term growth. Growth salvation will not come from the Budget, but from structural reforms in the real economy. Boring and not headline-catching, but real.

In fact, general criticism about the Recovery Plan was that it is nothing new. Precisely. No easy money, no new policies – just working to improve the basics. When parliamentarians denounced that the plan is a repeat of old ideas, the President conceded. What he offers, he said, is a new resolve and political will. So, is there evidence of a new political will?

Yes, there is evidence of a new political will … if we do not commit WYSIATI.

Take the highly contested Treasury document on economic reforms. When it was first published in August 2019, a prominent investment banker with ANC ties dismissed it as ‘Treasury (having) gone rogue’. The commentariat had a field day with divisions in government, the improbability of implementation, unhappiness of the unions and so on and so on. By February 2020, Cabinet adopted the document, and it became government policy. This October the President announced that he himself, with Treasury, will oversee the implementation of the paper. From ‘going rogue’ to official policy to presidential oversight – all in about 14 months. If that is not evidence of political will …

Then there is the government’s willingness to commit a breach of contract in April and not pay the third year of agreed salary increments. The mid-term budget reinforced this by pencilling in wage increases of only 0,8% per year for the
next three years.

Consider the politics: Cosatu unions are the majority in the public service, are alliance partners of the ANC, and played a critical role in Ramaphosa’s rise to power, yet government is taking them head on. The wage fight is certainly not over, but one cannot say that government does not have the political will to tackle the issue.

A third piece of evidence is energy reform. I have written extensively about energy and will not repeat it here, suffice to say that we are seeing the biggest reform of energy in decades, and the biggest structural reform since agriculture, transport and broadcasting in the mid-nineties. When the President launched the reforms in February 2019, the reaction was ‘it will not/cannot happen’. Yet it is happening 20 months later. Here the WYSIATI mistake is to see only load-shedding or irritating bureaucratic delays and not the structural reform playing out.

A fourth piece of evidence is the Expropriation Bill. It deals decisively with the issue of land expropriation. Ace Magashule said it fulfils the ANC’s resolution on the matter. Business and investment circles heaved a sigh of relief. The commentariat was calm. The Bill clearly succeeded in satisfying all sides. It is testimony of political will … but also of remarkable political skill. A hat tip is in order.

There will no doubt still be shrill political debates and the Bill will probably be challenged in the Constitutional Court, but the matter has been defused.

The argument that it was done to meet obligations is not convincing – the point of liquidation is that obligations get cancelled. Swiss Air rose phoenix-like from liquidation – why not SAA? The government undercut itself – good work on structural change is drowned out by SAA’s billions.

The other October announcement, the Recovery Plan, rests on five pillars: one covering social support and four covering structural reform. Citizens are tired of yet more plans, so what are the chances of successful implementation?

This is not structural reform, but a social employment and support programme. It will augment current employment programmes like ‘Working for Fire’, ‘Working for Water’ and various community-based programmes. These programmes employ about one million people a year. Now the President wants to see 800 000 more people employed and/or current jobs protected from disappearing.

Students of the 1930s depression will recognise the parallels with Roosevelt’s New Deal. It is really aimed at the poor and gives a hefty dose to rural areas.

R12,6 billion has been set aside in the current budget year and a further R30 billion a year for the next three years. Treasury calculates this initiative can add 0,3% to gross domestic product (GDP) growth (it stimulates demand). I rate the chances of successful implementation as high because there is political focus, money and the pressure of an election in less than a year. Minds will be focused.

The second pillar for growth is energy and, in my view, the one with the highest chance of successful implementation. Much of the preparatory work has been done, there is strong momentum, and many private sector players are keen to get involved. We have written extensively about this. Suffice to say that private-sector producers will create at least 16 000 MW of generating capacity in the next four years. It will unleash many billions in investment and create jobs in construction, energy, and manufacturing.

Treasury calculates that the energy investment can add 0,25% per year to GDP growth.

More importantly, load-shedding and the lack of energy security is an enormous constraint on the economy. Remove the constraint and more growth will follow. Confidence from energy security alone can boost growth. The turning point on electricity should be 2022.

Here the Recovery Plan lists several actions, among them a framework to establish a hemp and cannabis industry!

By far the most important on the list is spectrum release. The preparatory work has been done and the spectrum auction will take place by 31 March 2021. Apart from a nice windfall for Treasury, it will bring faster and cheaper internet to the country.

Treasury calculated that telecommunication reforms can add as much as 0,5% to GDP growth per year. Here too the impact should be visible by 2022.

Also, on this list is transport reform, particularly in rail. Legislation on a rail regulator has been prioritised in Parliament and the way is being paved for 8 000 km of unused railway lines to be leased out to private operators. Last week the (new) Transnet management threw their weight behind the initiative. When Ramaphosa, Mboweni, Gordhan and Transnet management are all behind it, chances of implementation are good.

The World Bank has withdrawn its Ease of Doing Business Report due to flaws in its methodology, so this is no longer available as a tool for measuring progress. We will monitor the items on the South African list and report on progress or the lack thereof.

The fourth pillar of the Recovery Plan is infrastructure. This is a personal high priority for the President, and he has been driving it hard since 2018. The ANC also came out in full support of the programme, even jettisoning its flirtation with prescribed assets to lure private-sector participation. Yet, it would be wise to temper expectations on implementation.

Firstly, the infrastructure programme hinges on cooperation between the public and private sectors. It will take time for the two sides to find each other. Some reports from the National Economic Development and Labour Council (Nedlac) are not encouraging. Secondly, the state has limited experience in running complex public-private arrangements. The President has made a commitment to grow capacity in the presidency, but realistically, it will take time. Thirdly, getting things done in the state just takes longer. The President announced the Infrastructure Fund (the Fund) in 2018 and it took two years to get it to fruition. It is the nature of the beast.

Having said that, the Fund is now established and operational and the Budget provides for R100 billion over 10 years. We will monitor progress of its implementation.

Treasury calculates that infrastructure spend can add 0,25% to GDP growth per year.

Here the emphasis is on manufactured exports (particularly into Africa), localisation targets, and sectoral masterplans. A word of caution – some of these have been on the list for a decade, so tempering expectations is again in order. But there is progress.

Last year South Africa recorded a first-ever trade surplus with the European Union, driven by manufactured exports. The opening of the new bridge at Kazungula between Botswana and Zambia will help South African exports into Africa, as will the Africa Free Trade Agreement. In the Budget Mboweni announced changes to foreign exchange regulations to advance cross-border investment and financing. There are certainly possibilities and the environment is improving.

Localisation targets have been agreed with the retail and textile industries. More are planned for agro-processing, healthcare, basic consumer goods, industrial equipment, construction materials and transport rolling stock. Big companies will develop supplier development programmes. Here one recognises traces of the Black Umbrellas programme developed by Ramaphosa’s erstwhile company Shanduka, while he was still in charge there.

Masterplans have been compiled for the automotive, poultry, sugar, and clothing and textile industries. It is difficult to judge the success of masterplans from the outside, but last year South Africa exported more cars than ever and Remgro’s Jannie du Randt has made positive noises about engaging with government in the sugar and poultry industries.

Treasury calculates that industrial growth can add 0,33% to GDP growth a year.

In total, Treasury modelling indicates that the five parts of the Recovery Plan can add 1,9% to GDP growth a year. If we limit ourselves to the three with the best chance of implementation, leaving infrastructure and industrial growth aside, we are looking at an increase of 1,3% in growth per year.

Treasury’s base case for growth over the medium term is 1,6% rising to 2,0%. Add 1,3% and growth can reach 3,0% per year. Not enough, many would say, but we have not seen that for a long time. It is also comfortably above the population growth of 1,61%.