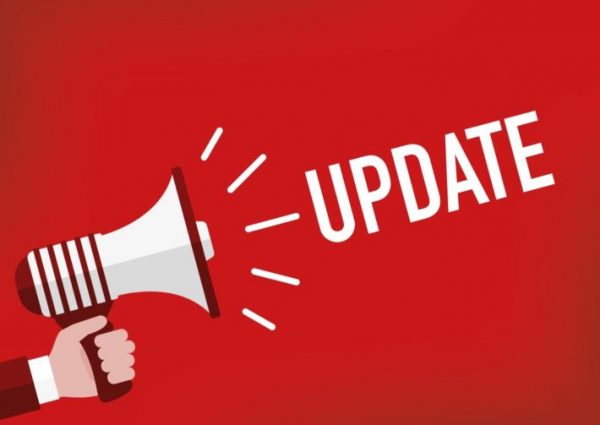 With Russia instigating significant risk to Ukraine and surrounding nations, we have assessed portfolio exposure and positioning to evaluate where there may be potential issues and where we need to take action. The note details specific fund by fund exposure across funds which we have under coverage. We also summarise the aggregate exposure at portfolio level for the Fundhouse range of global model portfolios. The status quo in the region is quickly evolving, so this needs to be kept in mind when assessing any ‘facts’ which may be changing day to day.

The tension came to a head on Monday the 21st of February as Russian president Vladimir Putin recognised two separatist regions of Eastern Ukraine as their own sovereign states. To support their claims for independence he authorised the movement of troops into these regions to “maintain peace”. This was met by claims that this “marked the beginning of a Russian invasion” by US President Biden. In response, the US, UK, and their allies announced a series of sanctions aimed at specific Russian individuals and institutions.

These sanctions have (for now) targeted five Russian banks, several individuals linked to either Putin or to the breakaway Ukrainian regions as well as the sale of any new Russian government bonds. They are not expected to have a significant impact on the broader Russian economy but rather act as a warning shot as to what can be done to isolate Russia from the global economy. These sanctions effectively block the participation of the Russian institutions in US or European capital markets. Importantly, the sanctions on Russian government bonds only apply to new bonds issued after 1 March 2022 rather than existing bonds in issue.

In Table 1 below we provide an estimate of all funds we have under coverage and use within portfolios which hold exposure to Russia. 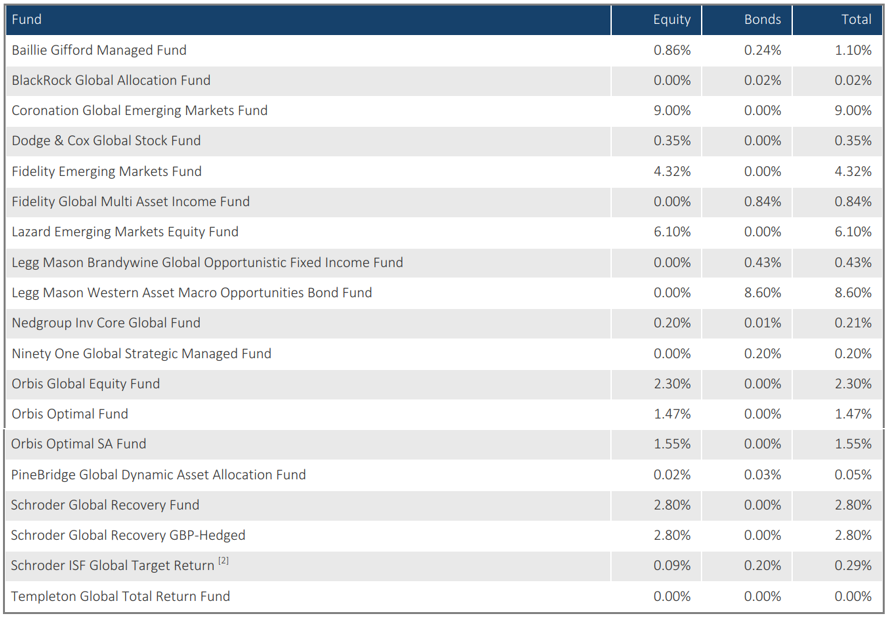 From Table 1 it is clear that there are three categories of funds with exposure to Russia.

Flexible Bond funds such as Templeton Global Total Return and the two Legg Mason Funds have been grappling with a constrained investment universe where it is difficult to find attractive opportunities within developed market securities. In response these funds have been holding relatively high allocations to emerging market assets. Russian government debt is one of the more common holdings amongst flexible bond funds due to the attractive valuation it trades at. At this point only the Legg Mason Western Asset Macro Opportunities Bond Fund retains a high (8.6%) allocation to Russian government debt.

Orbis holds minority allocations to Russian equity across both their Global Equity and Optimal strategies. The rationale for these holdings is much the same as covered in point 1. They hold exposure to Sberbank and Yandex (Russian equivalent of Google search) due to the attractive valuations they see for these companies. Neither of the companies are subject to sanctions at this stage. Schroders owns Lukoil (Oil & Gas) and Alrosa (Diamonds), and Dodge and Cox owns Magnit (Retailer).

If we aggregate up these individual fund exposures, we can estimate the exposure of the Fundhouse Global Model portfolios to both
Russian equities and bonds. We show this in Table 2.

The portfolios carry only minor exposure to Russian securities, none of which are subject to sanctions at this point. We reference the head of Fidelity’s Emerging Markets franchise, Nick Price, with regards to this exposure “In our view the risk would be transient (the earnings power and dividends would not change much at all). We are always at pains to highlight that Russian macro fundamentals remain solid. The country continues to exhibit a very low debt burden, and a conservative budget and monetary policy.”. While there may be short-term volatility given the large amount of news headlines, managers remain positive on the longer term prospects for their Russian holdings. Clearly there is potential for this outlook to change, should this event continue to escalate.

The more acute potential risk than the minority Russian exposure within portfolios is the risk that there are second or third round effects from this conflict on oil and energy prices that further feed into the growing inflation problem in the global economy. In addition we need to consider the risk this poses to Western European nations such as Germany where there is a high reliance on Russian natural gas and other commodities. A prolonged escalation of the conflict could lead to contagion across global markets. The portfolios remain well diversified in the face of both Russian specific risk and these derivative impacts. In particular, the current high exposure to value oriented global equities and low exposure to developed market government bonds provides a hedge to the
inflation risk for clients.

It is also worth highlighting that while the Russia/Ukraine conflict is very serious, in magnitude in portfolios it is quite minor. We need to be equally cognisant, if not more sensitive to, larger scale investment risks which can have a broader impact on portfolios. On this basis the portfolios are well diversified, and we are already using market opportunities to make changes across each of the portfolios highlighted above.

We do not foresee any need to make further portfolio changes at this stage but will be closely monitoring events as they unfold.