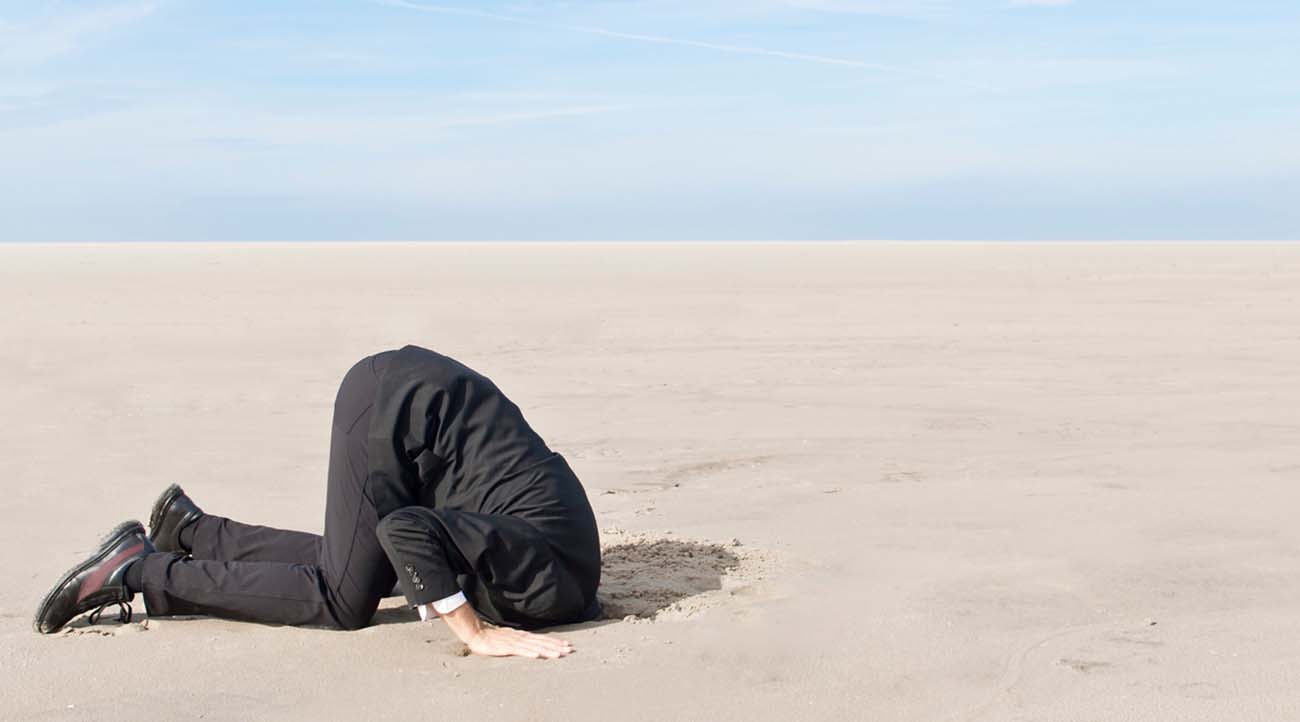 While the world around us feels like it is falling apart, you might be forgiven for missing the fact that many investment markets, including our own, have mostly recaptured losses and in some cases are making new highs. How can the value of assets such as equities fall by 40% and then fully recover, all within a matter of weeks? The past few weeks and months have exposed the fragility around investment markets – not necessarily the fragility of assets themselves, but that of the investors who are ultimately determining their prices. 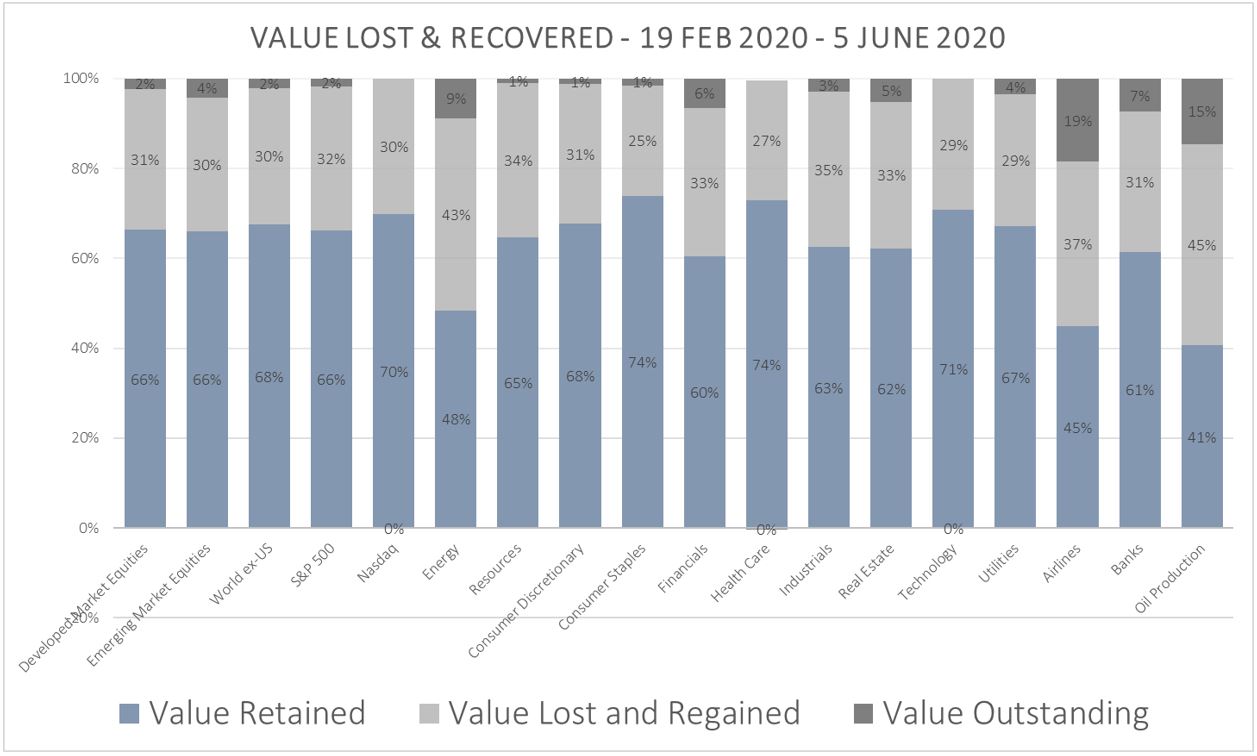 It has been an extraordinary period of market disruption:

This ‘dead stop’ was unprecedented, and at the peak levels of anxiety we witnessed varied responses. Forecasts of economic decline with many drawing parallels to the Great Depression; investors liquidating portfolios after losing significant capital; and gold becoming an increasing feature of portfolios as investors sought out safe haven assets.

Fast forward a few weeks to today, and even though most economies still have some form of lockdown in place, asset prices are not pricing in much of this bad news at all. The financial part of the crisis, so far, has been a non-event. The reasons for this are not yet clear, and we are not necessarily out of the woods just yet, but we can touch on a few points we believe have had a significant role to play in this unusual price action.

To start with, the fact that the global economy shut down all at once created huge uncertainty around how deep it could go. When we first covered this topic in February, the question we raised at the time was whether this was a temporary or permanent impact? Does for example, the fact that Tesla makes less cars for a few months and then resumes business as normal permanently reduce its valuation? There have been many false starts in global crises over the years and quite often it’s best to avoid panicking. The lack of any form of visibility did not allow investors to gauge the risks they were taking (i.e. how deep can it go?), and as a result, they ran for the exits causing asset prices to plummet.

The second stage of the crisis was the bailout by governments around the world, to help their economies survive. With cheap money pouring into the financial system, it initially helped stem the flow, simultaneously raising much bigger questions around how all this debt might get repaid.

Stage three saw a shift towards medical data – initially investors saw only the fact that companies would be faced with a much worse economy as a result of the crisis, rather than concerning themselves with the crisis itself. We saw mass ‘upskilling’ on epidemiology topics, tracking of all types of data to try and infer the likely future direction of infection rates. The mindset at this point still one of anxiety, and depressed asset prices remained.

In Stage four we saw the first demonstrations of damage – unemployment rates rising, earnings guidance withdrawn by companies; dividends being withheld and debt levels rising. Investors started to question the stability of the financial system itself. By now investor anxieties had spread from companies, to economies, healthcare systems, governments and the banking sector. In addition, industry specific distress impacting areas like airlines, travel and traditional retailers. The oil war was still firmly on, and many companies were nearing the point of no return. This, so far, was as bad as it got.

Stage five is when the good news has started to come through. Firstly, informed by the willingness of central banks to back up any form of risk taking has allowed investors to venture out again. The fact that China managed to close down the virus so effectively, followed by Europe managing to reduce infection rates, caused investors to start testing whether the future may not be as bad as expected. As more positive data came in, moods lifted, volatility reduced and slowly but surely we have seen a recovery in investment markets. With every new positive piece of news, we are seeing markets respond. On the 5th June, US unemployment was expected to show material further hikes; instead there was new job creation which was rewarded to the tune of a 3% increase in equity values on the day. The fact that this seems to be the result of a classification error rather than genuine economic recovery seems to have been missed.

The Bounce Back – Positive or Negative?

Is the strong bounce back simply explained by declining infection rates and a lifting of moods? We don’t think so. Rather, the less desirable drivers are more likely to be short term saviours, but long-term villains.

The prime suspect is the massive amount of debt issued by governments around the world and the resulting impact this has had on borrowing costs. For equities in general, low interest rates means higher earnings in future. Interest rates have never been lower than they are today, and it seems like investors are pricing in ‘lower for longer’ levels. Given the past decade – post-GFC – where high issuance of debt drove low interest rates and strong equity markets, investors may be sizing the opportunity cost of not being invested.

They also may be relying on the past decade for insight into inflation, where significant technological progress helped keep a lid on inflation even though economists will tell you that higher levels of debt equals higher levels of inflation.

Supply and demand for equity is also a feature of the current market. With bond and cash yields practically non-existent, where do investors find a home for their capital? The answer is in the equity markets where the small dividend yields (as a result of highly priced equities) is better than what you get in bonds, plus you have the potential for growth.

This sounds like a great deal, but in reality, it is quite a dangerous place to be.

What if high debt does drive high inflation in future? Asset prices would be worth less, interest rates would need to rise, and we would have a huge debt sustainability problem on our hands. That would trigger a real financial crisis. In fact, the problem is already here, the market has just chosen not to recognize the risks just yet.